Gipson Blanchard (left) and Robin Tanner (right), paddled a canoe in this exact spot in search of Tanner’s dog during the aftermath of Hurricane Katrina on Wednesday, Aug. 31, 2005. Seven years later, the pair returns to Broadway and Zimple, at the corner of the Tulane University campus. They were photographed while on assignment for Canoe & Kayak magazine for a Hurricane Katrina 'Then and Now' feature which was published in the March 2013 issue. 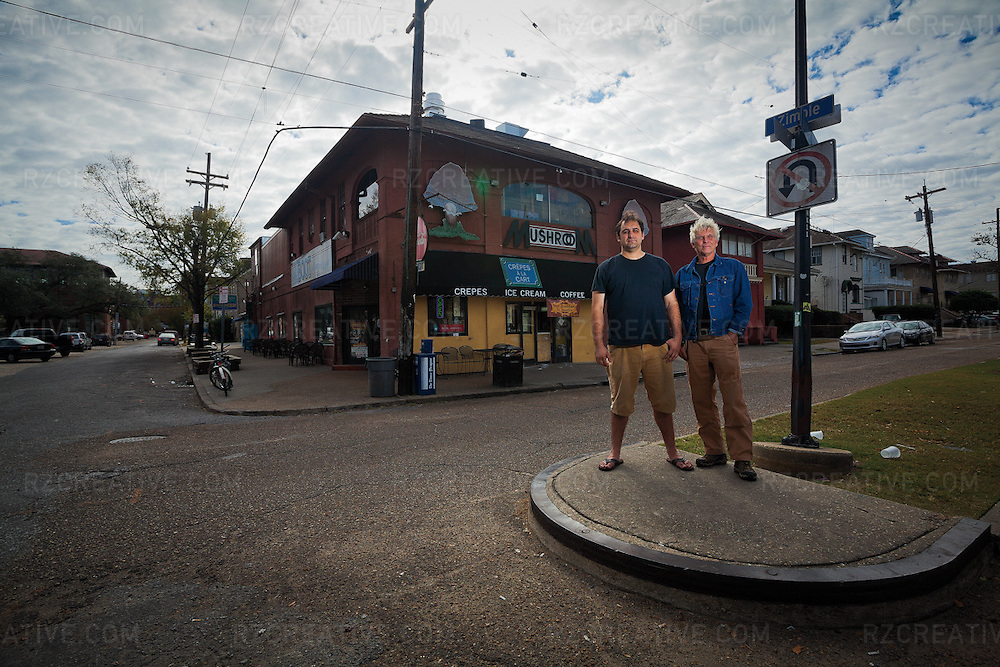